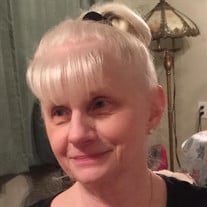 In loving memory of Christine (“Chris”) Bailey Chris was born on January 12, 1941 to Agnes (Kwiatkowski) and Victor Strom in Buffalo, NY. She attended D’Youville College in Buffalo where she received a Bachelor of Science degree in Medical Technology. In 1993, Chris moved to Huntington, NY, to be closer to her children and grandchildren. Chris is survived by four daughters, Deborah Hartman (Barry Oemar), Shelley Hartman (Marcos Caro), Frances Hart (Peter Bishop), and Jacqueline Baer; as well as seven grandchildren, Justin Baer, Elise Baer, Sofia Caro, Hannah Baer, Emily Baer, Adam Baer and Miguel Caro. She joins Laurie Hartman, her fifth daughter, with God in heaven. She is also survived by her brother Ronald (Carol) Strom and sister Diane (Myron) Ortolano and their children and grandchildren. Chris worked for over 20 years at the law firm Binder & Binder in Hauppauge, NY, advocating for those who struggled to secure social security benefits. She retired in 2016. Chris was an active member of St. Hughes of Lincoln Catholic Church in Huntington. Chris loved nature. She rescued many cats from cold and hunger that seemed to appear, one after the other, at her doorstep. She left behind seven cats including Whiskers, Daddy, Mommy, Mickey, Anthony, Baby and Precious, many of whom are now in need of new loving homes. Chris’ home is surrounded by large, beautiful trees that provide a canopy for a wide variety of wildlife. Her yard was filled with the chirps of cardinals, blue jays and sparrows, the sounds of a dozen chubby squirrels dashing about and the midnight roving of at least one very plump raccoon that all came to share in her daily offerings of seeds and leftovers. Christine passed away on February 15, 2020. Her family will miss her dearly, and would like to express sincere gratitude for the kindness and support they’ve received from friends and family during this time of sorrow. While flowers are welcome, the family would suggest that donations are made instead, in Christine Bailey’s honor directed to Doctors Without Borders (https://www.doctorswithoutborders.org/support-us), an organization that Chris supported for decades, or to any organization that works to make the world a better place.

In loving memory of Christine (&#8220;Chris&#8221;) Bailey Chris was born on January 12, 1941 to Agnes (Kwiatkowski) and Victor Strom in Buffalo, NY. She attended D&#8217;Youville College in Buffalo where she received a Bachelor of Science... View Obituary & Service Information

The family of Christine S. Bailey created this Life Tributes page to make it easy to share your memories.

Send flowers to the Bailey family.